Win / GavinMcInnes
Win
Communities Topics Log In Sign Up
Sign In
Hot
All Posts
Settings
Win uses cookies, which are essential for the site to function. We don't want your data, nor do we share it with anyone. I accept.
DEFAULT COMMUNITIES • All General AskWin Funny Technology Animals Sports Gaming DIY Health Positive Privacy
21 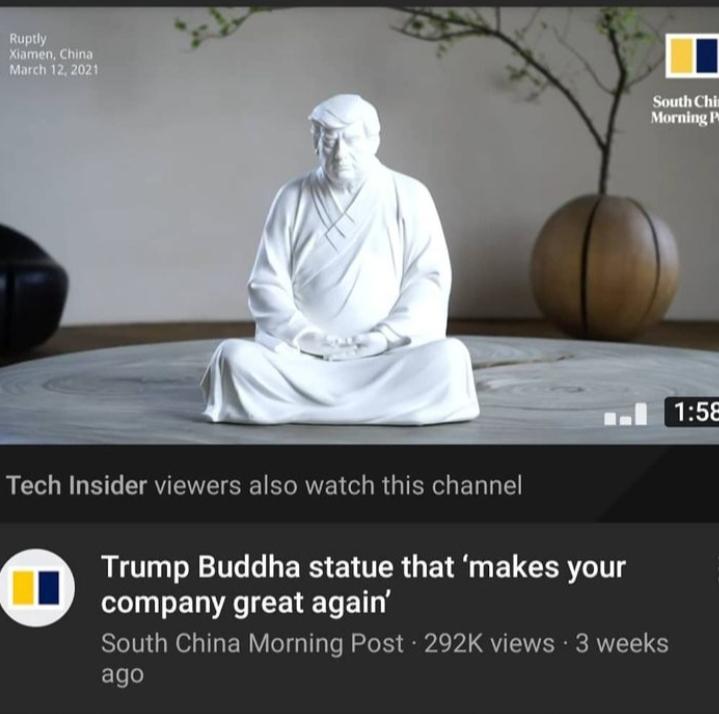 Ok, so as someone whose life has been greatly improved by the gay ideas of “mindfulness” I am in love with this statue and purchased it off a vendor on eBay located in the US......So, it appears that none of the ones being sold online now resemble the image. After I got mine in the mail and it looked like a meditating Jerry Orbach rather than Trump I have been contacting other sellers on various platforms asking them for an image of the actual one for sale, they either say they don’t have a photo or send me an image of a man meditating somewhat resembling Trump.

If anyone knows where I can get the real deal, let me know ☺️

I tried sending them a Budweiser Boxing Beer Stein , but they never gave me an address to send it to when I emailed them multiple times.