GavinMcInnes
Communities Topics Log In Sign Up
Sign In
Hot
All Posts
Settings
Win uses cookies, which are essential for the site to function. We don't want your data, nor do we share it with anyone. I accept.
DEFAULT COMMUNITIES • All General AskWin Funny Technology Animals Sports Gaming DIY Health Positive Privacy
17 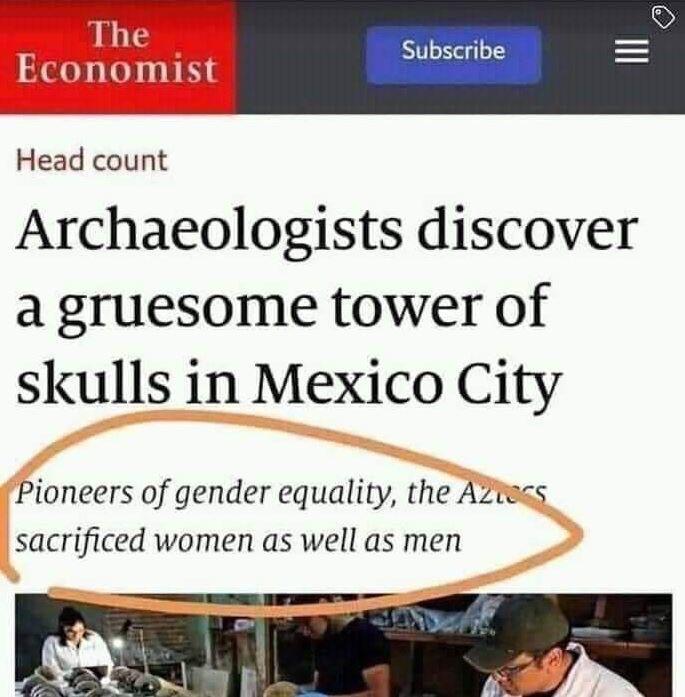 The Mexicas aka the Aztecs had their own versions of MREs. The Mexicas would take newborns of conquered towns and carry them around to eat later after battle. The Spanish found this out when they had Mexicas P.O.Ws and the Mexicas warriors who were defeated would take out a dead baby to eat