Win / GavinMcInnes
Win
Communities Topics Log In Sign Up
Sign In
New
Posts
Settings
Win uses cookies, which are essential for the site to function. We don't want your data, nor do we share it with anyone. I accept.
DEFAULT COMMUNITIES • All General AskWin Funny Technology Animals Sports Gaming DIY Health Positive Privacy

Obviously Occam's razor is in play here and the simplest answer is that an incredibly cheap scot and a brain-damaged nip are just terrible at everything and that's why the show is laggy for the boys.

The FBI is tapping the studio and their internet connection ect?

Is it a 100% completely unfounded theory? Yes.

Are there examples of this happening in the past with other controversial figures? Absolutely.

That guy behind Kim.com or w/e comes to mind. He figured out he was being tracked when his otherwise great internet connection was laggy af while gaming. And we all know that the normies are convinced that G-dog is the super secret leader of the neo-Nazis and that agencies like the FBI are hilariously corrupt/incompetent/dumb as rocks...

Just a thought that came to me while watching Gav piss and moan about the lag for the 40th time.

Does anyone else have to try and download shows 4-5-15 times when the app is even working at all? Randomly being told that you don't have a subscription when you do?

Obviously I agree with the defense here but for fucks sake, This guy has the most mono-tone voice I have ever heard in my life.

How much is this lawyer getting paid? Because he is phoning it in like I have never seen in my life...

For those that don't know, Stefan Molyneux has been hosting the largest (I would call based) philosophy show in the world for like 10+ years. Aside from his atheism, I would argue that his values align 90% with Gavin/Censored/Us.

He's been de-platformed from the known universe. Had something insane like a billion+ views at the time of his YouTube cancellation, I just can't figure out why Gavin keeps flooding the network with these no-names and somehow let Stefan Molyneux get away (He recently signed on with Unauthorized.tv).

It just seems like Molyneux was so perfect for Censored. 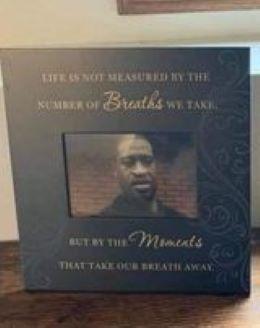